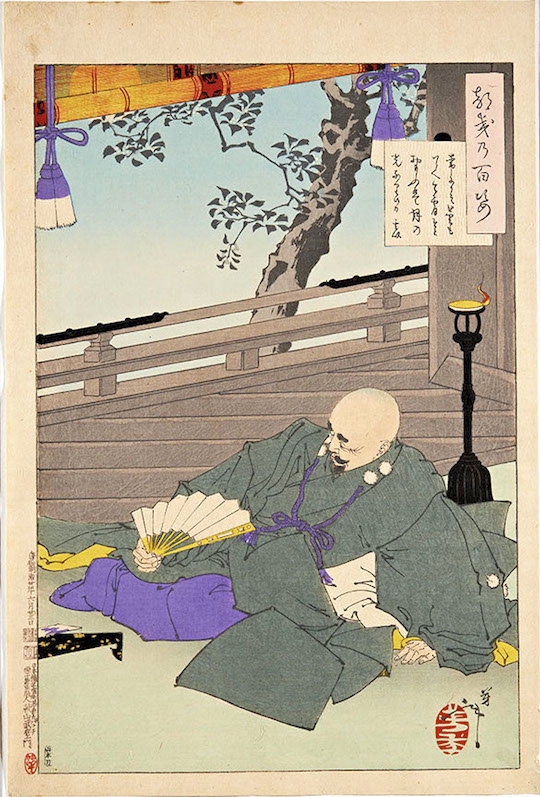 The very lovely Japanese woodblock print above is of a Japanese Buddhist priest and diplomat of the sixteenth century called Gen’i. We see him composing a poem to the moon in which he contemplates ‘Buddha nature’ (the moon), visible to us only through the material world, (the rattan blind)… Usually I dislike a cloudy sky, tonight I realise that a cloudy sky makes me appreciate the light of the moon. The poem appears in the cartouche square in the upper right of the print. 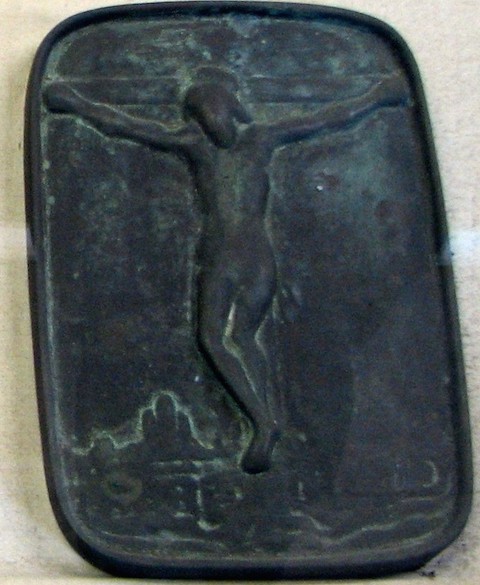 A Japanese Image of Christ. A Fumi-e

As a diplomat, Gen’i was responsible for the introduction of the abhorrent practice of trampling on Christ. This was accomplished via a fumi-e: a picture of Christ or the virgin which was placed on the floor and any suspected Christian was required to step upon it to prove their disdain for the religion. Those that refused were considered to be Christians and therefore enemies of the state. In Tokugawa Japan this meant being transported to the hot, volcanic springs of Mount Unzen, which were used in the 1630’s to boil Christians alive. That contributed to the Shimabara Uprising in 1637, when Christian peasants, tired of religious persecution, famine, poverty and high taxes,  tried to overthrow the feudal lords who controlled the area. The lords massacred 37,000 insurgents and closed the country to foreigners for more than two centuries. 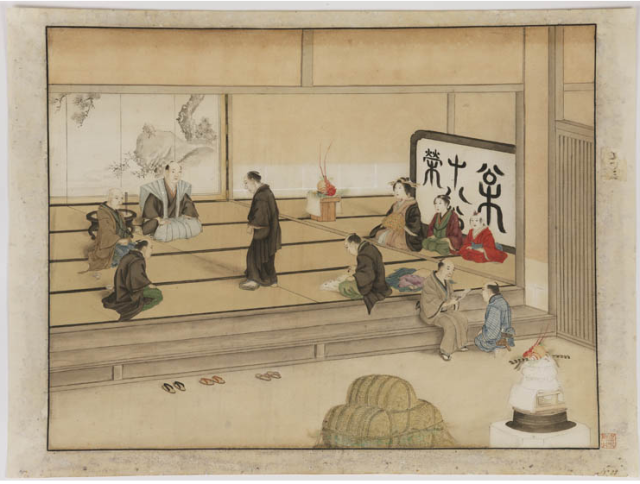 The practice has been rightly condemned in the west for centuries and is notorious as an example of intolerance and persecution. The story is of course, more complicated than it first seems. In 1550, Francis Xavier undertook a mission to Kyoto to seek an audience with the Emperor. At first Christianity was welcomed, principally because the Christian missionaries bribed their way into the country with vast quantities of weapons, muskets and gunpowder. This gave the Daimyos who tolerated the new religion huge military advantages. Christian intolerance towards native religions of Shinto and Buddhism and the selling of many Japanese peasants into slavery in the Philippines put an end to the relationship between the Christians and the Japanese under the rule of Hideyoshi in 1597. Many thousands of converts were subsequently put to death and the Tokugawa Shogunate never lifted its ban on the ‘new’ religion. It was only after the Meiji revolution of 1868 that Christianity was again tolerated.

All of which is a prelude to the fact that 2016 sees the release of a new movie, starring Liam Neeson, directed  by Martin Scorsese on this very subject. Silence is a project that Scorsese has been working on since 1991. Shelved until 2009, it is due for release later this year. It tells the story of two Jesuit priests traveling to Japan in search of their mentor and facing the moral dilemma of submitting to fumi-e. 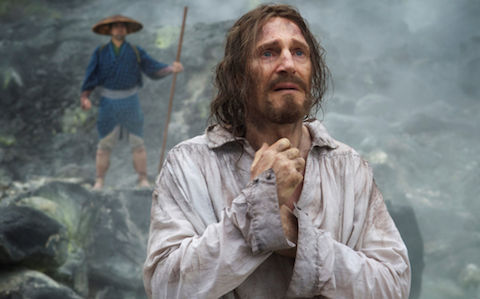 Liam Neeson in Silence by Scorsese, 2016