Hikimayu…Fashion Trends of the Heian Period 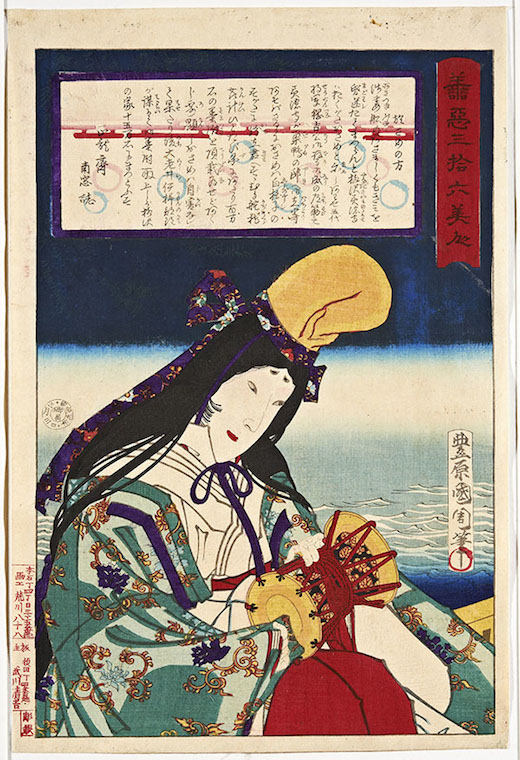 I love this series of prints by Kunichika. It’s called 36 Good and Evil Beauties and is one of his finest series of woodblock prints. Each print, fairly obviously, illustrates a woman from Japanese history, famous for virtuous or wicked acts. What is so significant about this series and others by Kunichika, Yoshitoshi and their colleagues, is the appearance of women as the subjects of the prints rather than merely as objects. Kunichika presents women as individuals and not archetypes. This is at variance with the traditional bijin portraits of pliable or available females and chimes with Yoshitoshi’s later series on similar themes such as Thirty-two Aspects of Customs and Manners from 1888. 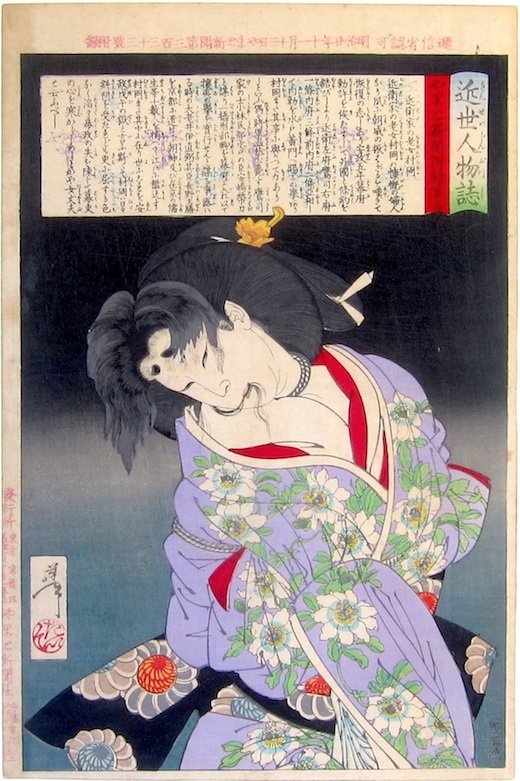 But this post is not so much about the 1880’s as much as the fashions of the seventeenth century and earlier. How striking in this and other portraits of high born women are the shaved eyebrows and the strange painted ones that replace them, so high up on the forehead. This practice is called Hikimayu, and it dates from the eighth century, when it was adopted in Japan from its origins in China. By the twelfth century women had started wearing extremely elaborate costumes, painting their faces more thickly, and painting eyebrows as ovals or smudges on their foreheads. From the seventeenth century onward the practice became restricted to married women only and latterly, only after the birth of the first child. This practice, along with the blackening of the teeth, called ohaguro did carry on in Edo until it was actually banned in 1870 by law, by the modernising Meiji government, all too aware that they might attract ridicule and contempt from their Christian, trading partners.

I am terribly keen on Izumo Kamiki, a female student at the True Cross Academy, from the successful manga series  Blue Exorcist. She is born with naturally archaic eyebrows of the Heian period, as can be seen from the picture below. 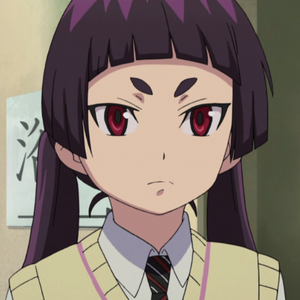