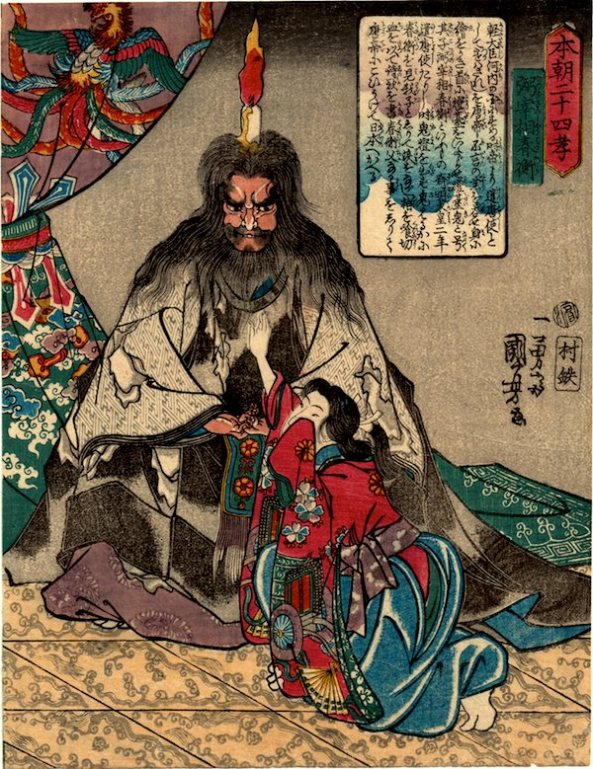 Well, I guess that it’s deeply unfashionable right now to talk of the male struggle, the tragedy of the male and so on – there’s a contemporary trend to upbraid men for being… ‘pale, male and stale’. The fact is that outside of the modish world of micro-bloggers and political agitation, there remains huge pressures on men of all generations; those men, that is, who are not aggressive misogynists, or political heavy-weights. Those pressures to achieve, to provide, to live up to expectations of success in what remains nearly everywhere in the world, a patriarchal society.

Perhaps now more than ever, as we tiptoe into the darkness with a lantern or candle, men fear the prospect of mass unemployment, economic disaster and sexual failure. These are the very themes that the current show at the Toshidama Gallery explores in nineteenth century Japanese woodblock prints. In the interest of balance of course, the next show will  look at how women cope with the rage and the pointless waste of life that are perhaps the natural consequence of too much testosterone. 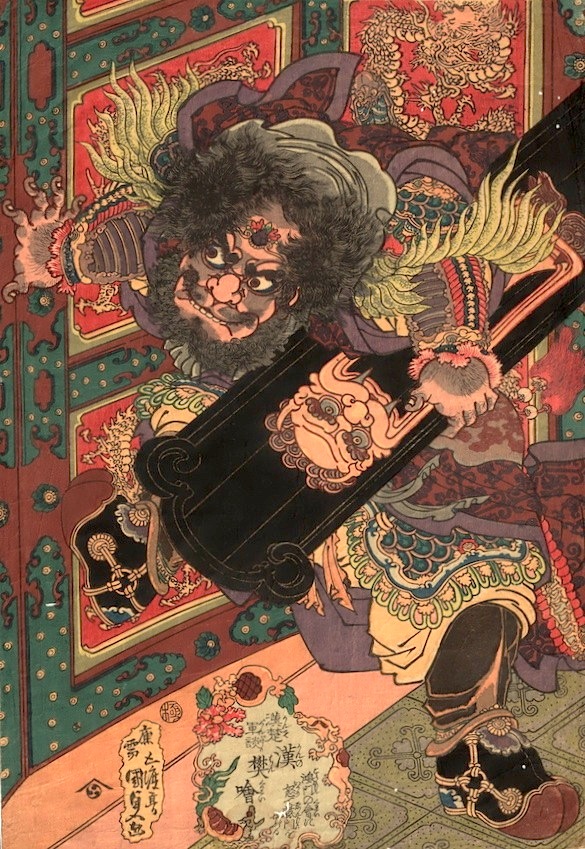 Japanese prints of the eighteenth century revelled in the certainties of a passive and generally untroubled future… the ‘Floating World’, as it has come to be known. There were few military conflicts, relative economic stability and an ordered, if not very fair, feudal society. Come the nineteenth century and, simplistic as it may be, conflict and social uncertainty usurped the calm ordered life of Japan. 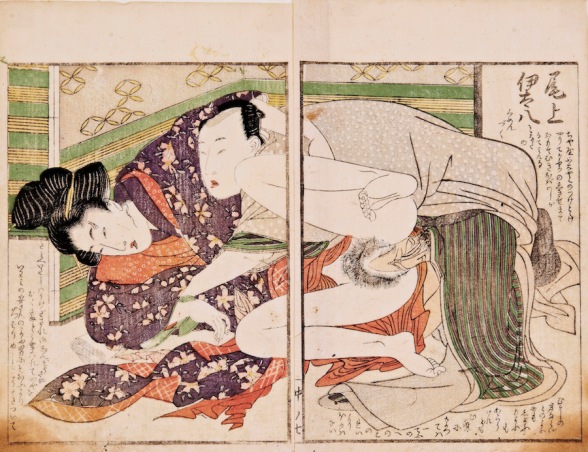 As a consequence, eighteenth century images of men are generally, passive… more often than not sexual, or literary. Nineteenth century images tend to be dramatic, bloody… gory in fact, and feature ordinary people engaged in anti-social, desperate domestic dramas… look at the picture of Gonpachi, a man who turned to crime and then murder to save his lover from a life of prostitution, facing his death, cornered on a raft in the middle of the river. Or tragic Danshichi, the hapless young shopkeeper who murders his father-in-law in frustration and rage. 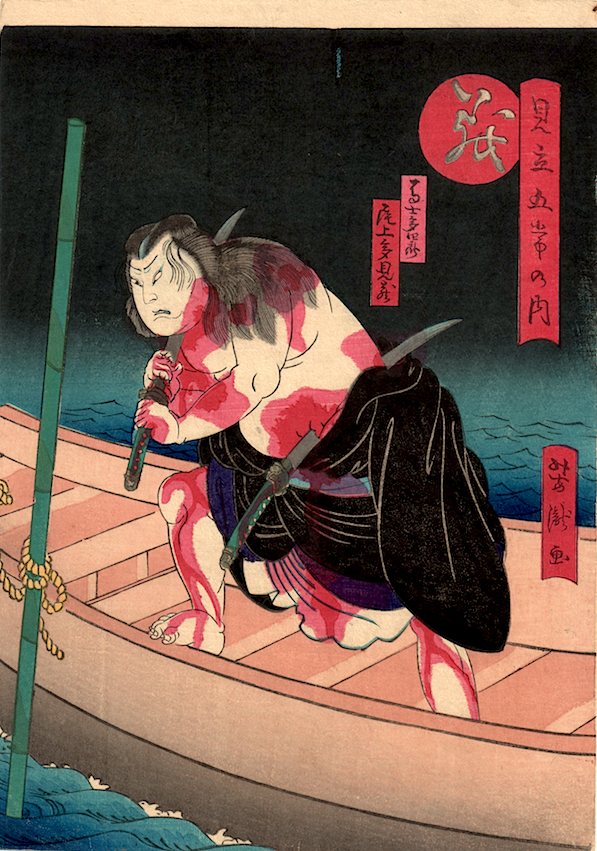 These desperate men faced an uncertain future, much like men of today… . Society still struggles to express compassion and love towards men and men also struggle to experience and express the full range of feelings… . The picture at the top of the page shows the now forgotten Hitsu-no-Saisho Haruhira rescuing his father who has been punished by the Emperor by being made to act as a lighthouse… this story, as are all of them, is apocryphal. There is here in the retelling some of the now familiar friction between China and Japan… Roger Keyes devotes a page to this print and a later version by Yoshitoshi, in his book, The Male Journey in Japanese Prints.  Keyes comments:

Hitsu no Saisho Haruhira visits the Chinese Emperor’s court and discovers that his father, a former envoy, has been tortured and driven insane. The emperor humiliates the Japanese more by making the father sit by his side with a candle burning on his head as he greets the Japanese legation.

How do men find a way in this difficult world to remain kind and compassionate, understanding and loving… Roger Keyes suggests that these moving prints show us a way to become, (as Robbie Williams might say) a better man.

The Male Tragedy in Japanese Prints is at the Toshidama Gallery until February 17th. Do please join our mailing list and receive discounts on all purchases.