Kunisada, Soga Gorô Tokimune, from the series Pictures of Famous Places in Edo

There has been some welcome publicity for the brilliance, the genius of Japanese woodblock prints in the last few weeeks. The Guardian newspaper donated a large chunk of webspace to  advertising  the acquisition of  some 359 Japanese prints by the British Museum… specifically, yakusha-e; prints of kabuki theatre actors and performances. The newspaper writes:

Kabuki is a form of traditional Japanese theatre that was hugely popular from the 1600s to the 1800s. Stylised and spectacular, it featured superstar male actors whose wild expressions were often immortalised by artists such as Utagawa Kunisada (1786-1865) and then reproduced using wooden printing blocks. Tim Clark, head of the British Museum’s Japanese section, has just acquired 359 of these prints that will go on display at the museum’s Mitsubishi Corporation Japanese galleries next year. “The prints served as a memento for fans of how a particular actor interpreted a particular role,” he says. “Each design was sold at an affordable price – proverbially, ‘for a bit more than a double helping of noodles’.” For Clark, they’re an amazing glimpse into the past. “They still transmit the energy and beauty of performances from 200 years ago.”

Handily enough, the Toshidama Gallery is launching a sale this month (December), almost entirely devoted to yakusha-e prints. I have no idea how much the British Museum paid for their prints but I can guarantee that it will have been an awful lot more than the £100 that you can buy this  superb Kunisada illustrated below and of an identical quality: 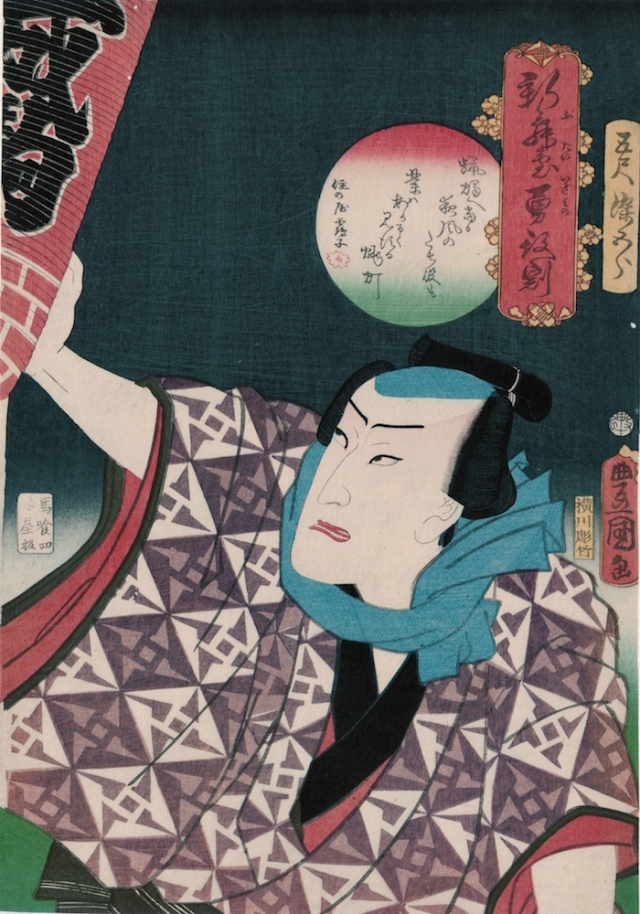 It is a constant source of wonder to me that there is so little reporting in the cultural press of the brilliance of Japanese prints. At least the once despised yakusha-e of the nineteenth century, created by such towering geniuses  as Kunisada and Kunichika (illustrated below) are at last being recognised by once stuffy institutions such as the British Museum. It is not so long ago that these works were disparaged by academics because of their popular status at the time. They are now correctly being recognised as not only progenitors of new art forms by revitalising their own culture but as direct influencers of European modernism… beginning with Manet and the impressionists and including such great figures as van Gogh and Picasso.

Kunichika, Bando Mitsugoro in a scene from the Chushingura, 1868

The Toshidama Gallery has published hundreds of thousands of well-researched articles and catalogue notes on Japanese woodblock prints, their culture and their reach, over the last eight years online. Do please visit our online site, sign up to our newsletter and treat yourself (or loved one) to a completely authentic, Japanese woodblock print of real museum quality for very little cost. 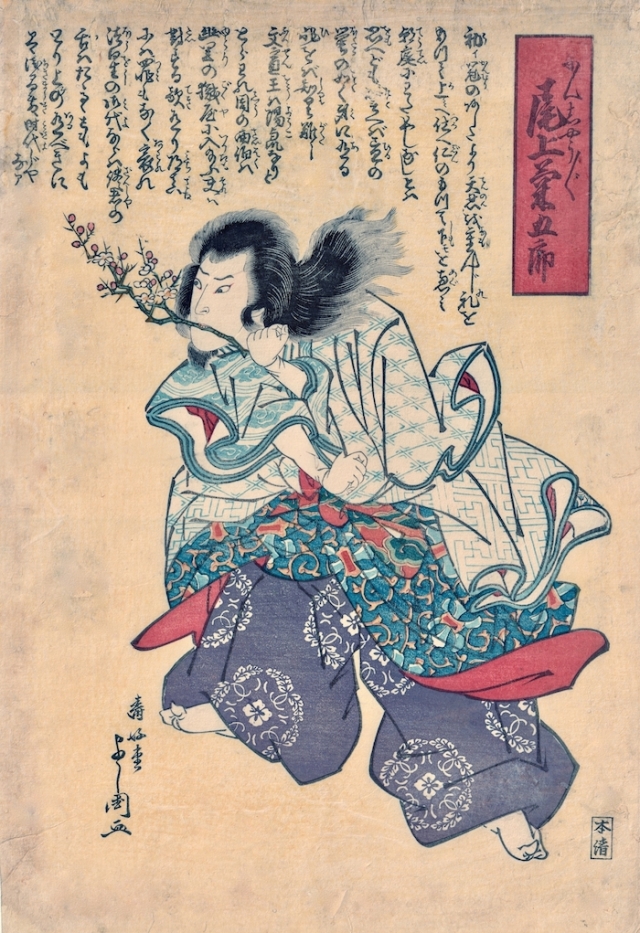