I was very struck recently by a book of original Art Deco designs that came up at auction, one of which was a fashion plate, or poster by a less known German illustrator, Annie Offterdinger. What struck me so much was how very Japanese, how very late Edo the design was. We tend to think that the influence of ukiyo-e, (Japanese woodblock prints) was felt mainly in late nineteenth century France and nowhere else. It is hard even now to convince people of the tremendous influence that ukiyo-e had on Gauguin, the impressionists, van Gogh, Frank Lloyd Wright and so on. Germany is not often mentioned because the strength of Weimar design was so modernist, so idiosyncratic. The print below by Kunichika from his series Six Selected Actors (Haiyu Rokkasen) of 1873 shows the influence very clearly. 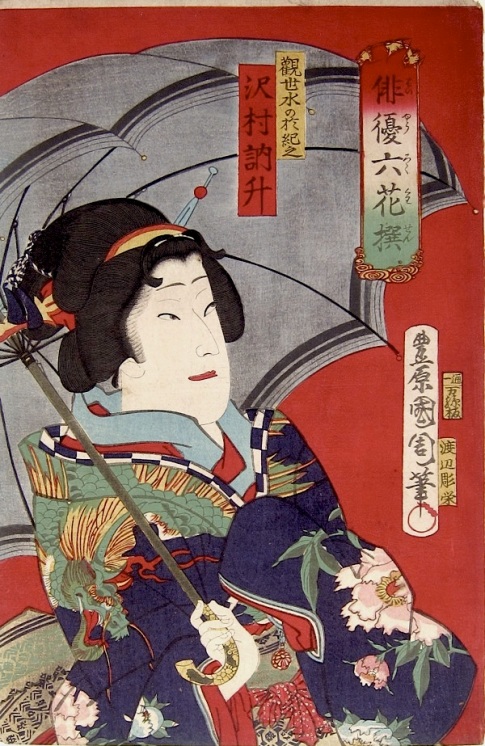 There is very little information online about Offterdinger other than her interest in Japanese art. She was hugely prolific and a great illustrator as the example below shows. Perhaps some more work on the discovery of ukiyo-e by German artists is needed. 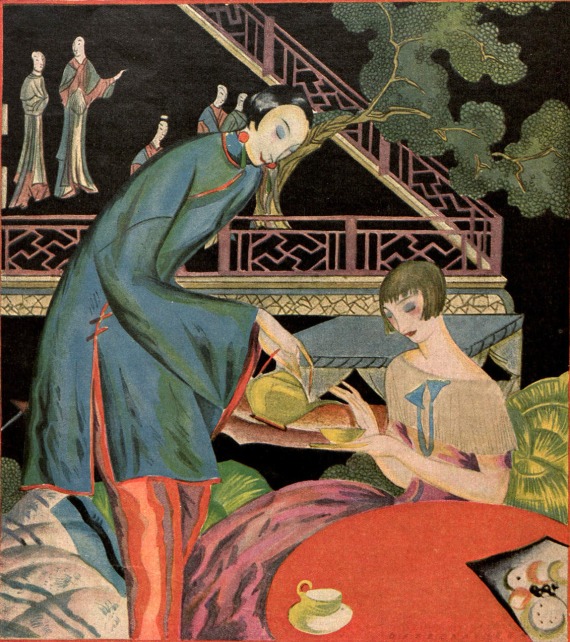 The print below, with its classic interior/exterior portrait of a woman, also by Kunichika, features in the forthcoming exhibition at the Toshidama Gallery. The show looks at the 1873 publication of Lord Redesdale’s Tales of Old Japan, another example of the burgeoning interest in Japanese art and culture that was to come to dominate western aesthetics and modernism in the early twentieth century. 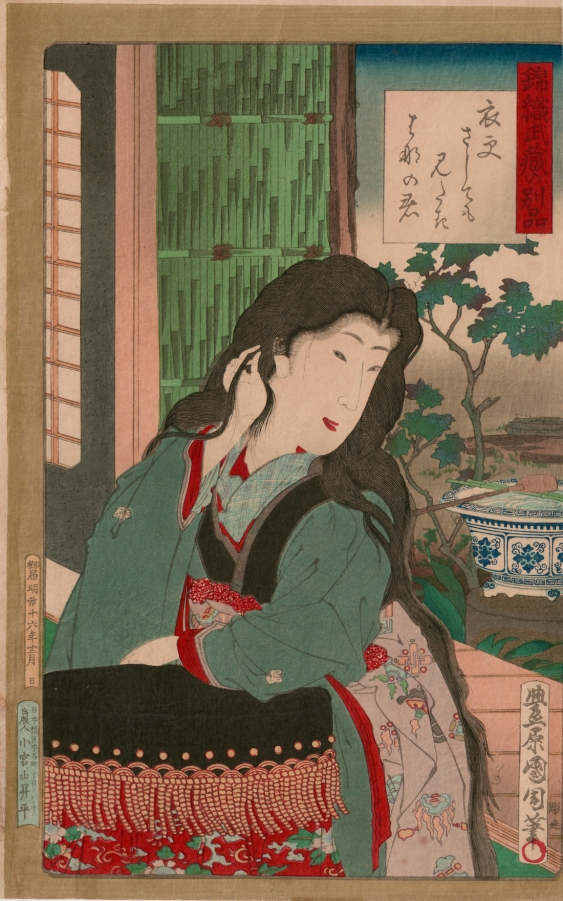 1 Response to A Japanese Inspired Poster by Annie Offterdinger